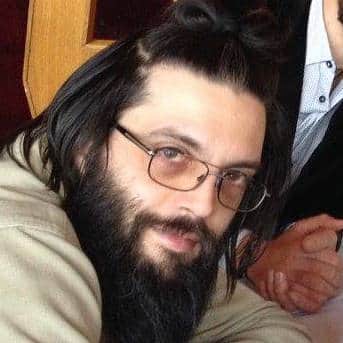 Francesco de Dominicis is a student at dBs Music Berlin who is approaching the end of his 3-year study program in sound engineering and music production. Keeping one eye on his graduation finals and the other on the music business jungle that awaits him out of the door, Francesco shares the growing interest of the younger generation for the means and terms of post production. To understand how things have changed, where they are going and what the expectations in this area of the industry are, Francesco decided to interview Alberto Rizzo Schettino, eclectic pianist, synth head and audio engineer from Florence, Italy, who after being raised and adopted by the Musicians Institute in Hollywood, CA, moved back to Italy and among other things opened his very own Fuseroom Studio, in 2007. Today, led by him and his wife Valeria, the studio opened its doors in beautiful Berlin where it is bigger, cooler, and more interesting than ever. With the constant struggle of studios in this business today, what made Fuseroom go against the trends and expand instead of deflate? Let's try and get a glimpse at the secret recipe.

The kind of post-production I thought I knew, was being done in the safe haven of the belly of some big enterprise for broadcasting, dubbing and syncing. Did I miss anything?

Visual media production basically followed the same path music production went through, with its tools and means now being fully in the hands of everyone. Call it independent, home-made, crowd-funded, self-produced, privately sponsored etc. the number of visual media products has grown indefinitely with the "open" channels of YouTube, Vimeo and similar. It's very easy for everyone to reach a public with video content as it is to do it with music. And where there is video, you can be sure there will be audio. This growth in visual media production reflected in an increase for the need of post audio production, be it done from a professional standpoint or from an amateur one. It's a bigger cake for more people to (try and) chew on.

I've always thought the professional post production field was the only branch in audio engineering to grant its employees a permanent job seat. Your history defies that..how did you make it as a "self-employed" in this field? 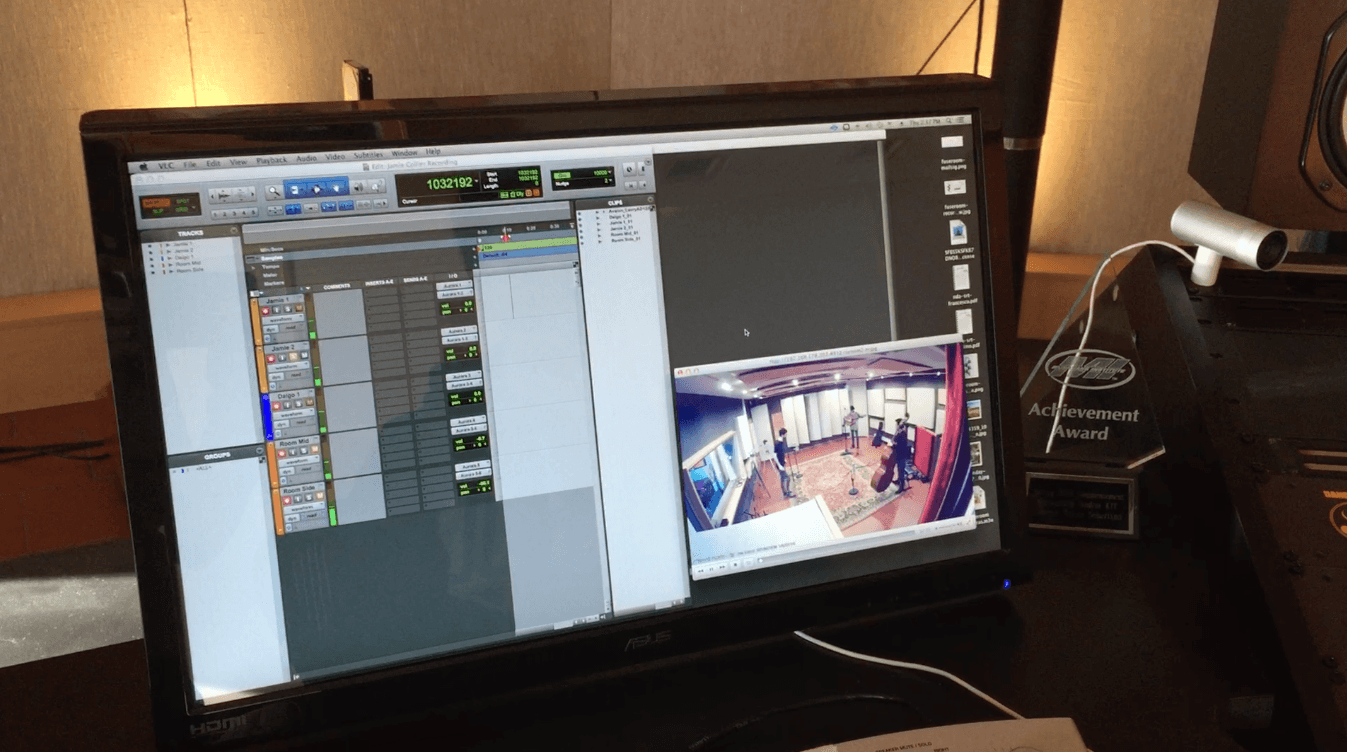 It used to be like that when you were working in the big belly of an enterprise (borrowing your definition from the previous question). Lots of people in the field craved that..and the moment you managed to land that kind of contract the faster you could finally go tell your girlfriend's dad that you had a real job. Such stability was very appealing to some (especially if you had a girlfriend, I imagine) but with the global economic recession these jobs started feasting on the crave for acknowledgment and social acceptance that everyone — musicians and sound engineers included — face every day. This allowed some companies to lower the quality and pay of those jobs while still selling the idea of the "job seat". I have never worked under a permanent contract in post production and looking back at my last 13 years in the music business I think it really saved me. Every year I see more and more friends leaving some of those previously-assessed "golden seats" to enter the freelancing field.. and the words they use to describe their previous years are not so flattering. As an independent professional, things are more hectic and you must be constantly aware of many factors that also involve marketing your own.. but that also keeps things very real and definitely rewarding when you get requested for a job and do it right. With time you start growing a network of professionals that like to work with you and this becomes a sort of family. They also talk to other professionals and — if they think you are good — the recommendations will happen more or less spontaneously. All this is going to be a network that is truly yours for years to come. It costs you more effort and commitment but it is a real asset to your work and in a way has less dependancies.

Do you regret a life made of just music, as a pure sound engineer? Or maybe you've never been that? Did you move in more than one direction right from the very start? 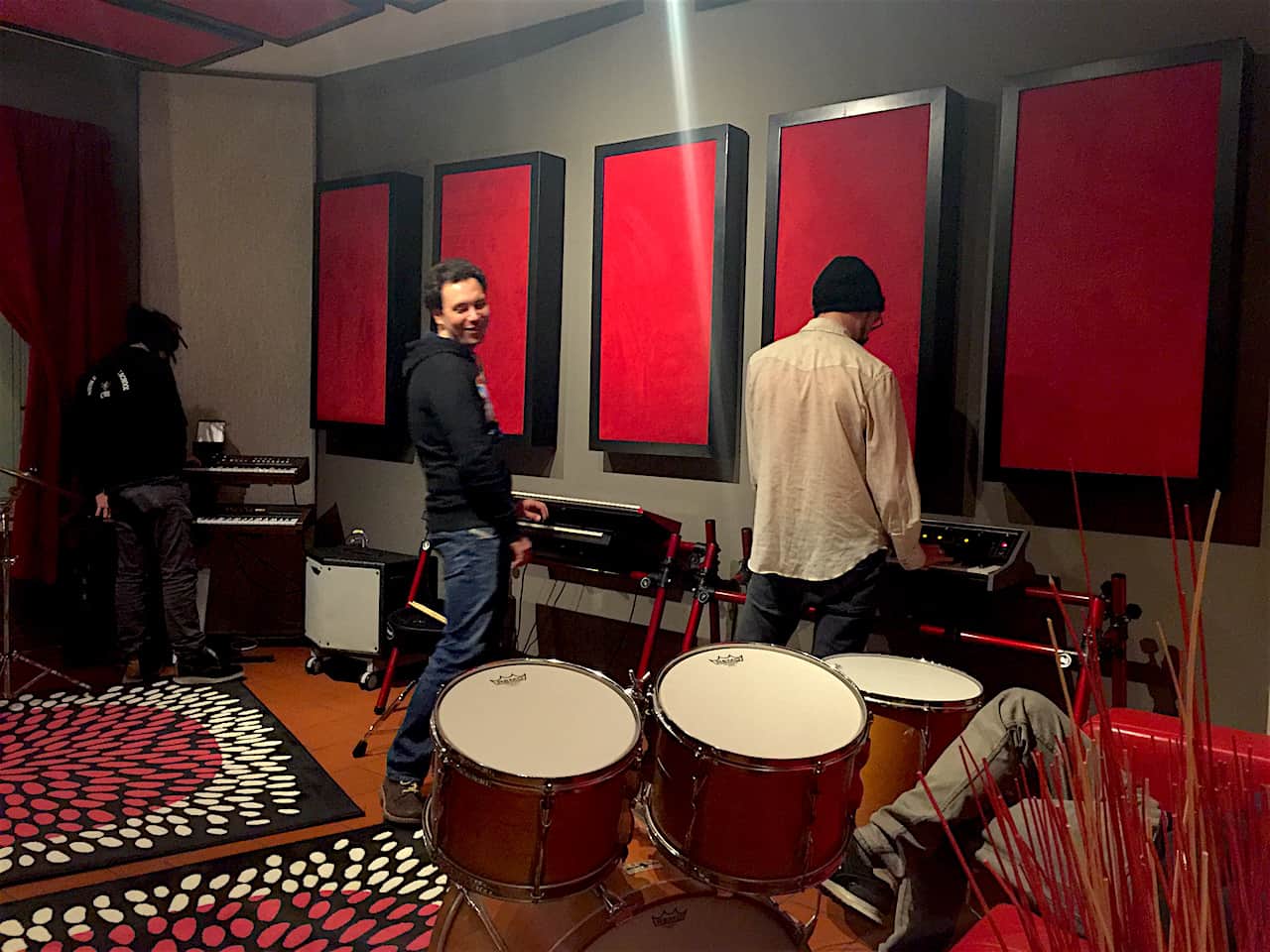 I've never been a sound engineer until people asked me to do sound engineer work and paid me to do it. As a pianist and keyboards player I've always moved in many directions. I don't hide that one of my good sides is the balance I've had in exploring and having fun. Exploring kept me craving for the new and learn what I heard was yet new to me but the fun factor helped me keep things spontaneous and exciting. Everyone is different but I think if you can find your balance for these two elements, you'll be golden. I've played piano exclusively, most of my teen years but then synthesizers got my attention, then Hammond organ, then vintage keyboards in general, then audio production and video scoring..then back to piano. It never ends. I just had to venture into everything and couldn't help it. Being a keyboards player, back in the '90s (that makes me sound old) with MIDI and technology riding the music production field, you were always asked to do more than just playing the black and white keys. This versatility got me to do a number of things that range from orchestration to live playing, arranging to sound design and then yes, sound engineering as well. It was never boring and it still isn't and I dare say this is probably the reason behind the motivation and excitement people find when they work with me. I love how the studio environment has allowed me to compose, arrange, play and record as a pianist and keyboards player in more projects that I would have ever dreamed of. In a way it can be seen as my perfect excuse to get one of my vintage synths or a funky organ sound into the mix.

As a studio owner, what made you diversify your business and how did you achieve that? 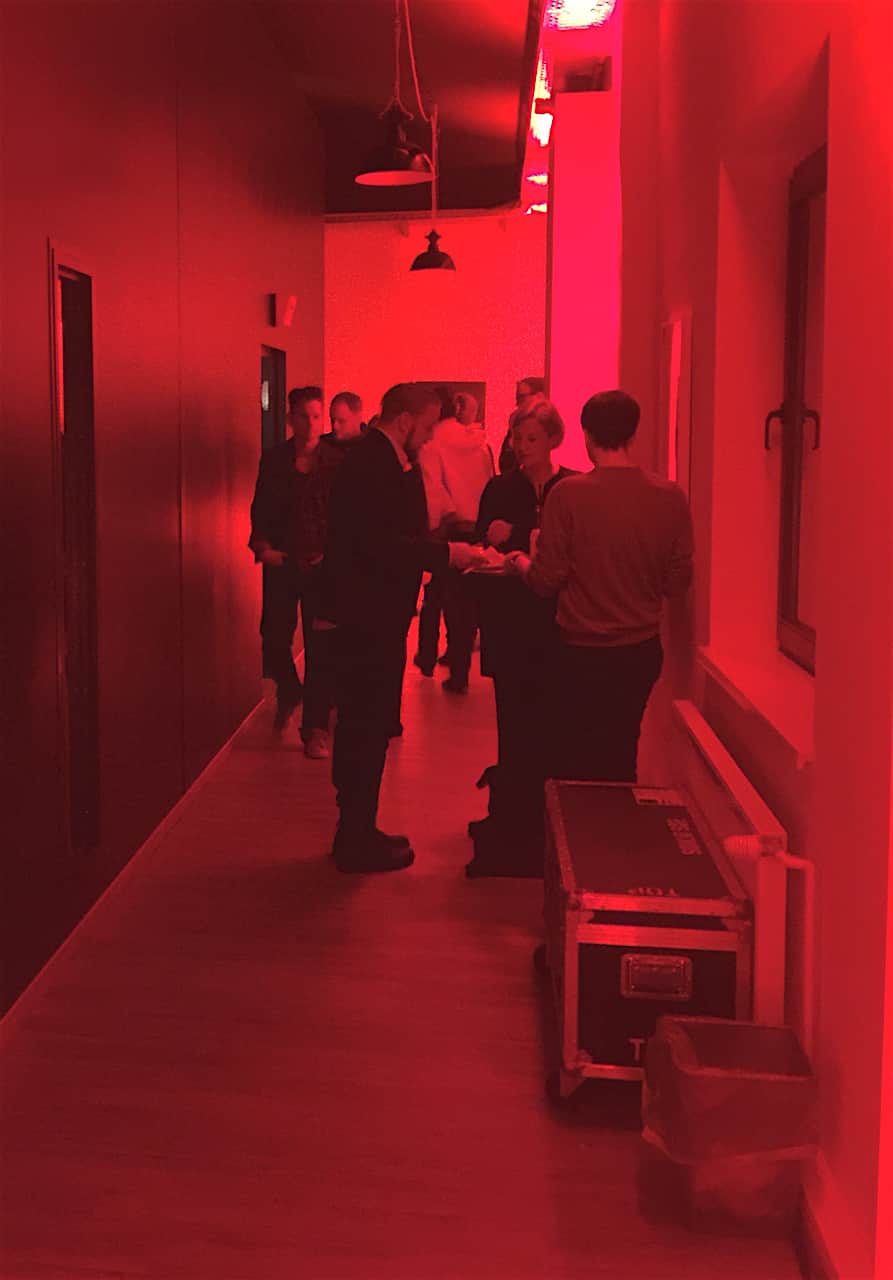 I think the secret recipe lies in the answer I just gave you above. Is there a secret recipe? Am I in control of a ship I have no idea how to command? That could very well be it. For the business side of things, I think people have a spontaneous way of understanding what goes on behind your curtain. I simply never had a curtain to hide things behind and this one-hundred-transparency of mine really helped. It has an unavoidable side of the coin that sometimes drags you into something you wish you had left alone but I don't regret this side of my character.

Can you describe the people around your job world? Who are your clients, your allies and competitors? 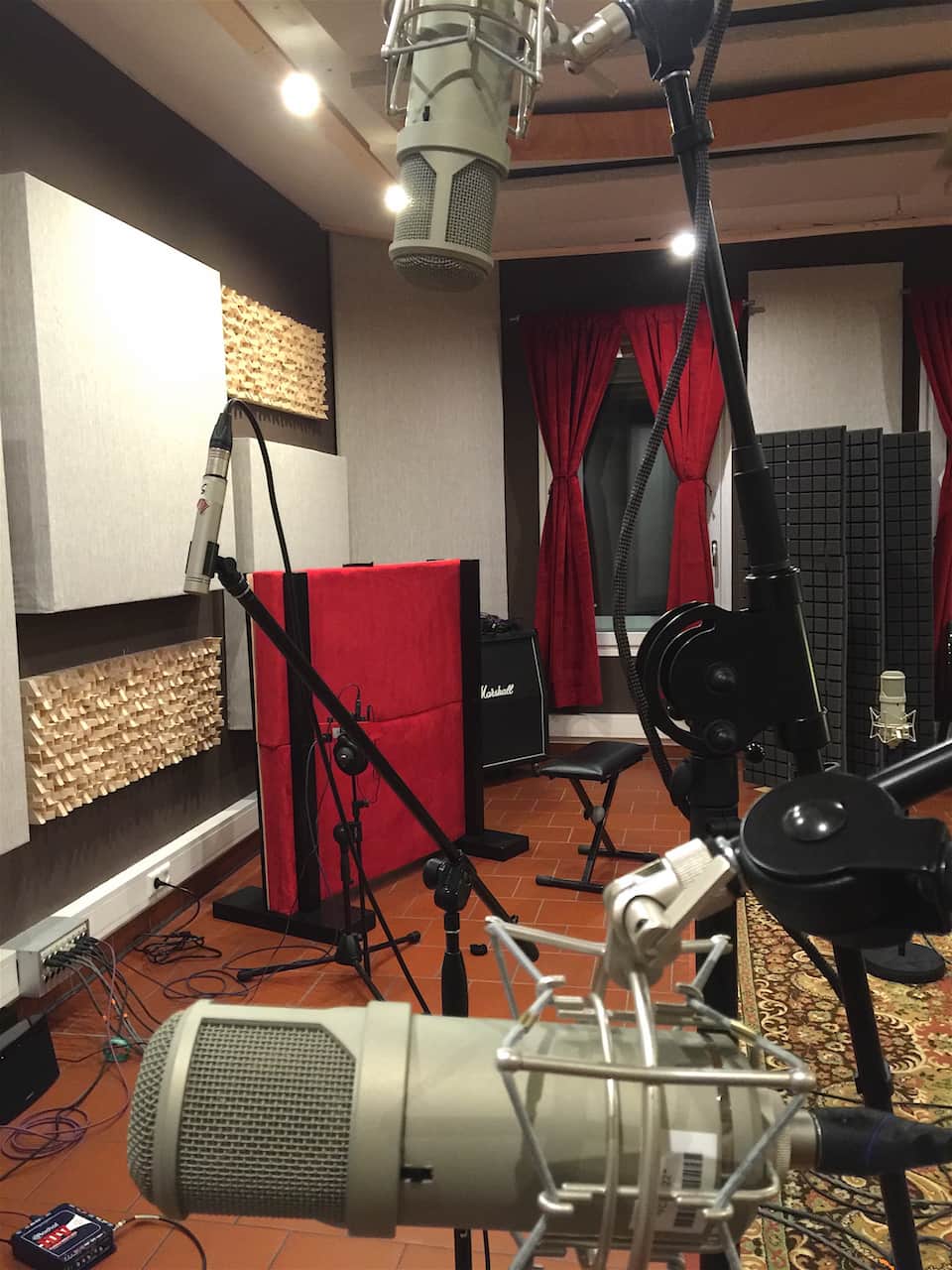 At Fuseroom Studio we have a very tight family of companies that I am very happy to work with. It has been some years now and they are some of the best in the professional audio industry, music manufacturers, aviation technology, travels and video production. On top of the typical audio/video post production there is a lot we have done for localization, subtitling and dubbing. For music production we have always gathered the attention of indie bands and higher-level producers alike, which has helped keeping things diverse and fun. A band might have recorded something in their apartment and then they pay for studio time to have a final quality check where they know the excellent listening environment, gear and experience really make a difference. There are those who just look for that final push in the sound of their record, others who are not satisfied with their mix and hire the studio to do it. Here in Berlin we are gathering attention for the sound of the rooms and our approach to recording bands and artists. This increase in recording needs makes me very happy as there is no better time for the music craft than the one when musicians play together in a room whose sound they love, and the microphones are there to capture the magic. It is great to then see the musicians enter the control room, listen to what they just recorded through the main speakers and go "wow" for it.

Focusing on the technical side of your post-production tasks in the studio, what skill set do you believe to be the most important? Do you think it would be possible to assemble a standard formative path to become a pro in this field? 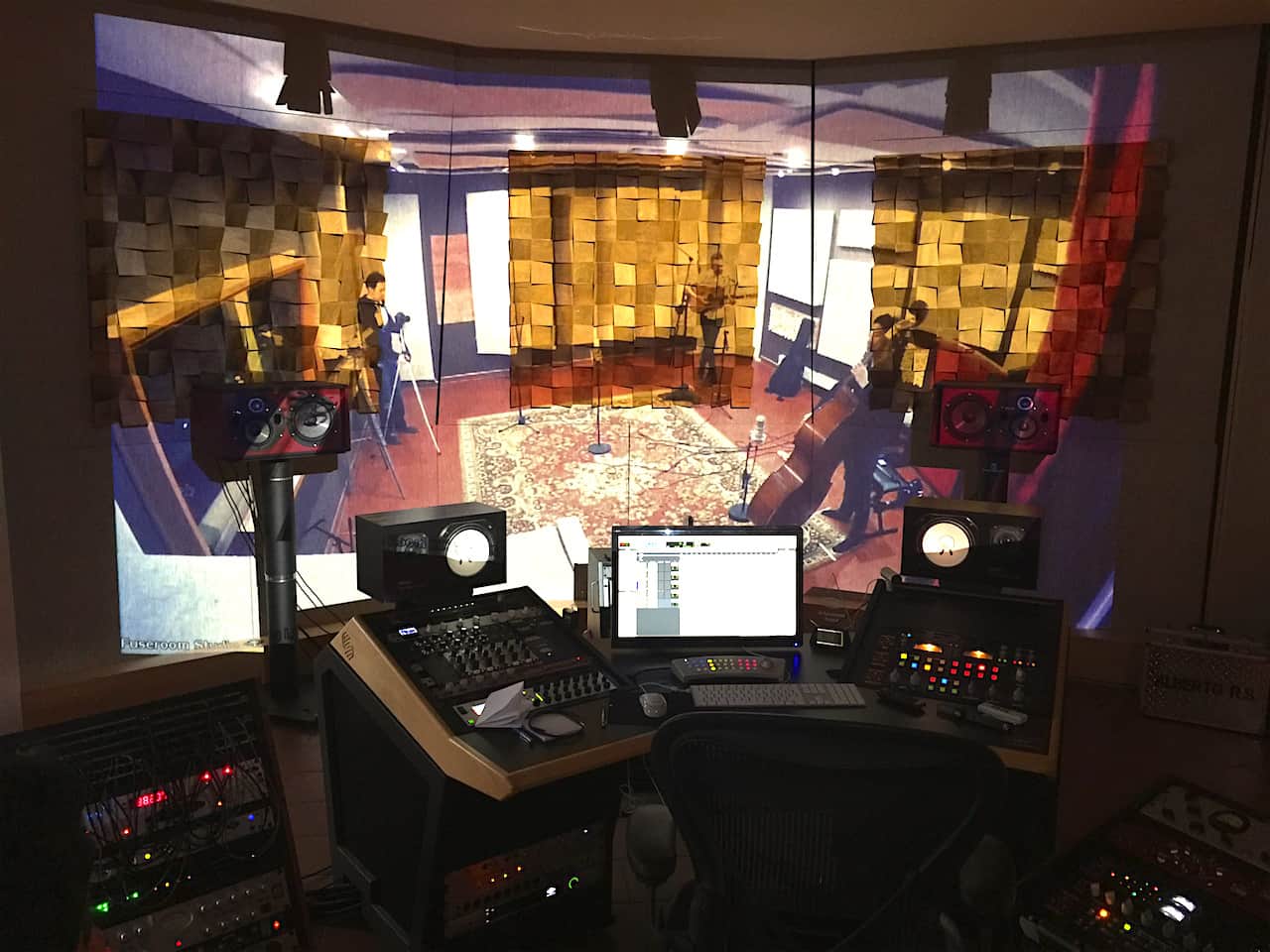 Technical proficiency, knowledge and speed in your workflow are the things everyone talks about. No matter how hard they can be to acquire, they are the ones you should get and then forget about, I believe. Every professional next to you is going to have those, so they will be a minimum requirement, not a reason for outstanding achievement. Taste, on the other hand, is a different beast, no manual can teach you and as a musician it is one of the biggest challenges you face to reach maturity. I think the same applies for any other job, even post-production. Some of the companies I work with keep hiring me not because of the technical quality of a cut or how clean a voiceover is, but for that fact that on top of those they recognise a certain signature of style, maybe that spark of confidence in making one definite choice among a thousand possibilities.